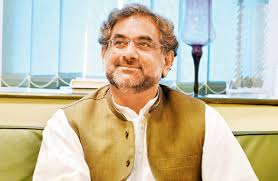 The Senate was informed today that over Rs. 18 billion have been disbursed among youth under the Prime Minister's Youth Business Loan Scheme.

Responding to a question during Questions Hour, Minister for Federal Education and Training, Baligh-ur-Rehman said that these loans are given under two categories.

He said smaller loans are given to youth with zero interest rate, while on big loans, 6 per cent service charges are charged for loans up to Rs 2 million. He said the government itself pays interest on these loans to respective banks to encourage and facilitate young entrepreneurs.

Replying to another question, the Minister said the government has enacted Anti-Money Laundering Act to check illegal transaction of money. He said law enforcement agencies have registered a number of cases on the charges of money laundering, which are at different stages of investigation and prosecution.

Responding to a calling attention notice regarding discrepancy in the figures of Census, Minister for Statistics Kamran Michael said Pakistan Bureau of Statistics counted each and every individual of the country during recent census.

Responding to another question regarding fire at Awami Markez Islamabad, Interior Minister Ahsan Iqbal said the entire record of China-Pakistan-Economic-Corridor is safe at its Secretariat in the planning ministry.

The Minister said no crucial record was burnt in the fire. Interior Minister Ahsan Iqbal informed the House that all the state institutions are very much aware of the challenges being faced by the country.

Responding to a point of public importance, he said Prime Minister Shahid Khaqan Abbasi, the National Security Committee and the Army Chief are aware of the every threats and challenges to Pakistan.

The Minister said that foes of Pakistan are not digesting our economic stability, our nuclear capability, and fruits of the China Pakistan Economic Corridor.

He said Pakistan is a peace loving country and wants to work with all the world countries for regional peace and development.